Can You Sue for Personal Injury from Domestic Violence 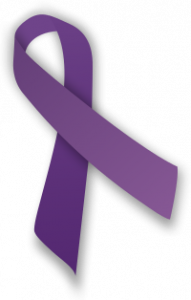 Domestic violence is a terrible thing, no matter how you try to look at it. Such an act generally ever only garners attention for its criminal implications (and rightfully so), though people don’t as often consider the civil infractions involved in criminal cases such as domestic violence. While there is justice to be had for setting right to the crimes committed by others in such circumstances, many of these cases still leave a lot of pieces to be picked up by the victims involved. There are certainly protections afforded such as restraining orders, but these do little to commit to the epilogue of the issue: the recovery of the victim, often physical and, as a result, financial as well. If you have been involved in such circumstances, you may wish to seek out a personal injury suit for domestic violence.

This is not to say that seeing to civil lawsuits should be the first priority of any victim of domestic violence (or any violent crime in general). The first responsibility is to contact the police – or, if you are not so comfortable with that, an alternative agency who can get you the help that you need. Once protections are put in place to dispel the threat of violence on your person or those that could become immediately involved, then you can start investigating into action for compensation in a civil court.

Now that you are better able to consider options for civil lawsuit, there are generally three sorts of claims to consider: assault, battery, and intentional infliction of emotional distress. Assault and intentional infliction of emotional distress do not necessarily have to involve physical contact, and thus can limit the damages sought in a civil claim, though many awards can take cumulative impact into consideration. And since many cases of domestic abuse span for months or even years, the potential for compensation of damages can still be considerable due to the overall impact of emotional pain, especially with the assistance of an expert witness (often a professional such as a psychologist or marital counselor). If physical pain is apparent, the sort of entitlement tends to increase drastically in cases involving battery.

In many cases involving civil lawsuits, the awards for damages may very likely require divorce proceedings to be held. As physical and financial assets tend to be treated as jointly owned in marriage, it is difficult to award damages from one spouse to another. This is not to say that divorce is required before consideration will be given in a civil suit; in fact, juries may even pass verdicts in a civil suit while divorce proceedings are still being held. This makes the transition of awards easier, as it will often allow the abused spouse to collect damages for the civil suit as well as settlement from the divorce proceedings as well.

Some cases even allow the victim of domestic abuse to sue public officials if they knowingly fail to provide protection to a victim – often in the form of making an arrest on the suspected abuser. It is best to consult a lawyer in these circumstances, as the laws of each state may vary, but an example may be that the plaintiff could file a lawsuit if a police officer fails to make an arrest after the abuser committed a felony assault, the victim has sustained an injury, or the abuser gave cause for the victim to fear bodily injury or death. Again, it is stressed to consult an attorney on these matters. But, in regard to domestic abuse as a whole, it is always important to seek proper protection before pursuing civil claims.