Open Container Laws Might Be Stranger Than You Think

If you’re old enough to drive, then you’ve probably heard that an open container — anywhere in your vehicle, and even technically closed — is enough to get you in legal hot water. Well, the truth is this: it depends completely on where you live. The biggest reason for the confusion is the difference between state law and federal law. In general, state law supersedes federal law, and municipal law supersedes state law. Sounds complicated? It is.

An open container is permitted in these states: Alaska, Arkansas, Connecticut, Delaware, Mississippi, Rhode Island, Tennessee, Virginia, and West Virginia. Keep in mind, that this law doesn’t necessarily permit a passenger to be drinking while the vehicle is in operation. Passengers may only drink in these states: Alaska, Connecticut, Delaware, Missouri, Rhode Island, Tennessee, and Virginia.

Mississippi might have the strangest (and most unexpected) open container law on the books. Believe it or not, the driver can drink an alcoholic beverage while operating the vehicle. Keep in mind that this is a state law, which means some communities might bar the practice altogether. And it’s always illegal by federal law. The safest course is to forego the booze — both legally and literally — until you’re safe at home.

Keep in mind that even when having an open container, drinking, or having a passenger who is drinking during the operation of a vehicle, the unfortunate driver who is pulled over will almost certainly be asked to perform a DUI test. It doesn’t take much booze to put you over the legal limit, so is it worth the risk? Probably not, but we’ll let you be the judge.

Some intoxication tests don’t work well and are not reliable. If you’re pulled over or charged with a DUI, we strongly suggest you find a lawyer who specializes in DUI law as soon as possible.

What Should You Say To The Police When You Are Arrested On Suspicion Of DUI?

The short answer is easy: you should say nothing. Instead, ask for a lawyer. But of course the reality is never so simple. We always want to profess our innocence or provide details that might mitigate our guilt. Most first-time offenders don’t know enough to keep their mouths shut. Chances are if you’re on this page, you’re a first-time offender. You’ve already talked more than you should have talked. It’s okay. We’re here to provide you with the next steps.

There is no such thing as an amount of communication with the police that is too little or too much. It depends on the situation and the circumstances of your arrest. However, it is important to be as cooperative as you can throughout the process. If and when you sit down with a judge, the judge will likely ask the arresting officers what you’ve been like up until that point.

It stands to reason that if you were openly hostile during your arrest, you’re more likely to face more severe repercussions during arraignment. The judge can decide to release you almost immediately if you’re sober, or let you stew in jail. Your bail can be low, high, or non-existent. So much of what happens next depends on your attitude towards law enforcement.

Hopefully you will have a lawyer present for any subsequent interrogations or interviews. Whether or not you do, you should know that you always have the right to remain silent or withhold a comment in response to a question. An interviewer might twist your silence to mean guilt, but do not become agitated into making a confession or a statement that can be used against you later.

Do not lie to the police. You shouldn’t need to lie. Because you should avoid answering any question that might incriminate you. It’s easy to justify your decision to keep silent: you’re worried that the police might decide your guilt or innocence based on personality rather than on the facts, or that something you say might make it seem like you’re guilty of a crime even though you meant something completely different.

Your lawyer should be allowed to do much of the talking, and will direct you whether or not to answer specific questions.

After your arrest, you will want to write down every single detail of what happened from the moment of your arrest right up until your release. Were you read your Miranda rights? Believe it or not, it depends on when those rights were read. So don’t forget to write those details down! They’re very important for your eventual defense.

Should You Take A Breath Test After A DUI Arrest?

An officer may request that you take a breath test (breathalyzer) if they suspect that you have been driving under the influence as part of a roadside sobriety test. They may also request this test after you have been arrested and charged with a DUI offense.

Contrary to popular belief, breathalyzer test results are admissible in court if the correct procedure for administering the test was followed by the officer performing the test. Requesting this type of test after a DUI arrest or charge is a means to prove or collect more evidence that an individual was driving under the influence.

However, you have the right to refuse to take the breathalyzer test although it is not advisable to do so. Refusal can be viewed as further proof that you were driving under the influence. Certain penalties may also apply to drivers who refuse to take a breath test.

These penalties vary from state to state but in general may involve a driving license suspension, fines and/or some jail time, depending on whether a judge finds the offender guilty of the charges brought against them. The sentence may also be harsher for second or third offenders.

It is not requisite for a lawyer to be present for a breathalyzer test and it can be administered even if you have requested a lawyer and they have not arrived. If at all possible, it is advisable to speak to a lawyer before submitting to a breath test.

However, license suspension and other penalties may only come into effect after a specified period of time within which it is advisable to contact a lawyer to see whether you should contest the DUI charge and present a case as to your refusal to take the breathalyzer test.

Once again, it is not recommended to take this route, even if you have been drinking or were under the influence of another substance while driving. Rather submit to the test and fight the DUI charge using another type of defense with the assistance of a DUI defense lawyer or medical malpractice attorney.

The case may be dismissed due to an officer not following proper procedure during the arrest, charging or test administration process. While breathalyzer tests are accepted in court, they are not always 100% accurate and this can also be used as a defense. It is recommended to request a blood test or have an independent test administered if you feel that the breathalyzer test returned an incorrect reading.

What Are Your Rights Once You Have Been Injured By A Drunk Driver? 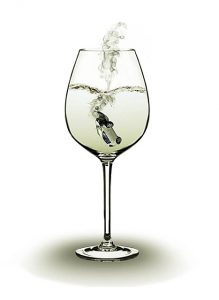 Drunk driving is a criminal offense in the United States. In fact, if the drunk driver is apprehended, they will be charged with driving while intoxicated (DWI) or driving under the influence (DUI). These criminal charges would be taken up separately from any civil charges filed against the driver. That means even if the driver is not convicted of any criminal charges, your personal injury lawyer can hold them liable for your injuries.

If you have been injured due to the actions of a drunk driver, their insurance company might contact you and offer a settlement. This settlement will compensate for your losses that include medical expenses, property damages, and lost wages, etc. In fact, you are not obligated to accept such an offer. The best thing is to consult an auto accident lawyer immediately. A professional auto accident lawyer will advise you whether or not to accept such an offer. They will inform you if the offered settlement is unjustly low. That is why it is important that you shouldn’t sign any insurance papers until you discuss the matter with a qualified and experienced auto accident lawyer.

That’s why it is important that you consult a reliable auto accident attorney on the market. With a host of such lawyers out there, finding the right one is not easy. That’s where your extensive research becomes important. Check the reputation, experience, specialization, customer reviews, and fees of the candidate when choosing the best auto accident lawyer for your case.

In conclusion, drunk driving is a criminal offense in the United States. According to the Center for Disease Control and Prevention, every day, more than 28 people die in the US due to a drunk driving related accident.