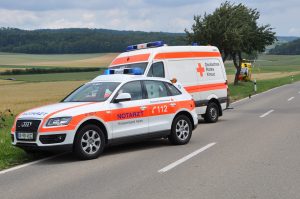 When you think of personal injury ads, you think of cheesy late night commercials. Cellino and Barnes, probably two of the most famous lawyers in the country thanks to their late-night television ads and beyond catch jingle, would come on screen and talk about mesothelioma or vaginal mesh medical errors. But the world of television itself is diminishing as more and more people are watching their shows through their favorite online streaming service via their mobile device. And our beloved Cellino and Barnes broke up. However, the ingenuity of personal injury lawyers never ceases to amaze us. Leave it to personal injury lawyers to find a new way to reach their core audience.

Thanks to modern technology coupled Google’s search and display network, personal injury lawyers are now capable of targetting ads directly onto users mobile devices as specific locations such as Hospitals, Emergency Rooms, and Urgent Cares, all thanks to Google’s ability to target specific longitude and latitude coordinates also known as geofencing. Personal injury attorneys already have the bad reputation as ambulance chasers but no longer do they need to chase the ambulance. Here, their ads can appear directly to where the ambulances go – no chasing involved.

As unethical as this sounds, state bars have not banned this from happening and nor is this ad placement illegal. Due to location enabled on mobile devices, accessing this data doesn’t violate HIPAA. It’s not uncommon for platforms to use location data to serve ads. A prime example is SnapChat and location filters. But the jury is out on whether or not this strategy is effective in obtaining new clients. Hospitals have more than just people injured by negligence within their walls. Many of the ads will be served to nurses, doctors, and staff costing the lawyers tons of money with very little return. While an interesting idea, it’s just a theory that seems way too unethical for it be used.