WHO IS LIABLE IN A MASS TRANSIT ACCIDENT? 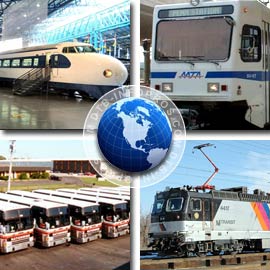 Whether you ride a subway, railroad, trolley car, bus or any other public-transit or mass-transit system, any accident that occurs which involves one of these vehicles can cause multiple serious injuries and perhaps more than one death, depending on the severity.

Public transit, or mass transit, involves a small or large group of people on a single vehicle, which means any accident will impact more than a couple people – and the more people involved, the higher the cost of the accident may be to families and insurance companies, not to mention the municipality or third-party contractor that is operating the mass transit system.

A mass-transit accident is very rarely simple when it comes to determining liability for the accident and the subsequent injuries or casualties. Take a bus, for example. Sure, the driver of the bus could be held liable for the accident, but what if the brakes went out so the driver couldn’t stop? What if the intial accident cause only minor injuries, but then the gas tank of the bus exploded, killing a couple people and putting firefighters at risk? The driver can’t be the only one liable in these situations.

What if there was an altercation between passengers on the bus that caused the driver to get distracted and lose control of the bus? Or perhaps a passenger was not seated and was too far forward on the bus and the crash caused the passenger to go through the front windshield and smash it, causing additional injuries?

Very few of these accidents are “clean” and uncomplicated. As you can see from a hypothetical, this kind of accident is not all that far-fetched or rare. There can be so many moving parts in terms of what causes an accident and what causes the majority of the injuries. Liability may not necessarily rest on a single person or entity, so it’s vitally important to let law-enforcement and your legal representative do their due diligence in investigating the accident and gathering all the pertinent information about the accident, as well as before and after timelines, to paint an entire picture of what happened and the full result of the dominoes that fell.

If you are injured in a mass-transit vehicle accident, filing a legal claim with a mass transit lawyer NYC may involve suing several different entities, depending on the facts of the case. No matter who you claim is liable, you as the victim will have to prove that each defendant acted negligently in order to win a case. You can win against one defendant even if you have three or four, and that one defendant may be forced to pay compensatory damages, but negligence has to be proven against each defendant individually.

Many states have “common carrier” laws on the books, which are laws that are directed at mass-transit and other public transportation systems. While a petitioner still has to prove negligence, the “common carrier laws state that these public or mass-transit systems have a duty to achieve a higher level of care and due diligence in order to meet the standard of a reasonable expectation of safe transport for all persons on the vehicle while it is in operation.

“Common carrier“ laws can be the “secret sauce” In winning a case against a public-transportation operator, vehicle manufacturer or any other entity involved in a mass-transit accident liability. That higher standard essentially lowers the bar for proving negligence, but again it takes a thorough investigation to ensure that all the defendants which may have liability are included in any claim. Otherwise, there may be an opportunity missed.