Who Is Responsible For My Injury At An Amusement Park? 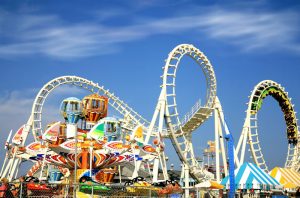 Sometimes the worst happens when we least expect it. One example of such a situation is when we’re injured on a visit to an amusement park or another facility that caters toward the entertainment of guests. If you pay to visit one of these facilities, who is responsible for your safety? Are your rights waived when money passes hands, or does the amusement park remain liable for any injury that results from the rides on its grounds? There are a few things that might determine the outcome of a lawsuit against an amusement park or similar facility.

Accidents may happen for a number of other reasons, including a mechanical failure in the equipment or the improper operation by the person in control of the ride. Thousands of people are injured at amusement parks annually. Dozens have been killed over the past few decades. Because these injuries occur with some frequency, the safety of many rides is regulated by the U.S. government.

If the amusement park operators or third-party manufacturers are responsible for causing your injury, then you may file a personal injury claim and you should certainly retain the services of an attorney in order to discuss your legal options. Be sure you create records of any costs incurred, and take pictures of the injuries throughout your recovery.

What type of accident occurred? Sometimes, you might be involved in an accident that was caused when the park failed to notify you of a particular danger. In other circumstances, an employee may not have been properly trained to operate the equipment used during your accident. The staff may not have properly maintained a piece of equipment, allowing it to become defective and malfunction. In any case, you must prove negligence to recoup any damages.

In order to do this, you must find an experienced personal injury lawyer to investigate the claim like this law firm here. There are a number of laws involved, and this is not something you can hope to do alone.